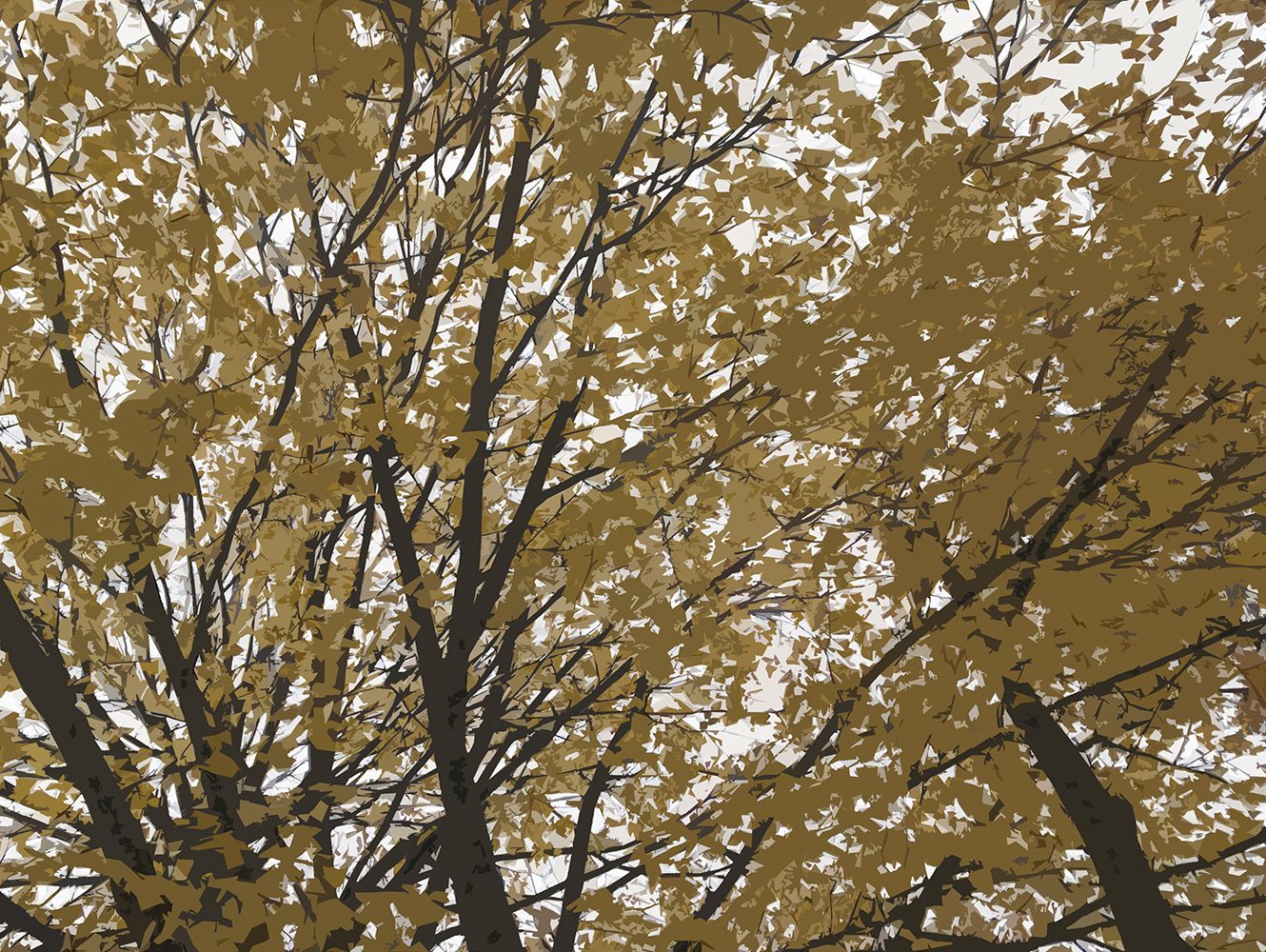 I was walking across 84th Street in Manhattan the other day when I felt it. It doesn’t always accompany me on the walks I take in and around Prospect Park these days, even when I’m on my way to somewhere. It doesn’t usually enter my mind when I’m staring at the trees or listening to a podcast. It doesn’t pull me out of myself or make me doubt whether the path I’m taking is most efficient or most productive.

Being in this place I used to call home, walking to a store amidst the throngs of cliche Manhattan-types, I felt the frisson of urgency and importance that I used to imbibe daily, a kind of food that fed the ego I had been trained to value not for self-aggrandizement but for a belief that I, ME, Jennifer, could do a lot to change the world. My body felt electrified, my feet gliding over the wide, then narrow, sidewalks, expertly dodging confused tourists, hump-backed senior citizens, and purse-sized dogs. My mind felt motivated—to do better, to look better, to be better.

Part of why this energy was so stimulated was that, for all its present-moment power, it was laced with the kinds of nostalgia I actively work to avoid most of the time. Thinking back to my old life, when I lived in “the city” and worked at an “important job,” I can’t help but fall into those “what if” thought spirals—don’t get me wrong, I know 100 percent that my life now is better, but . . . You know that “but.” There’s also another nostalgia, one for the future I won’t have based on the decisions I’ve made and events that have transpired outside of my control.

Neither of these places makes me feel very good, and so I tend to focus more on the present, its ever-changing newness that not only appeases my shiny-object-loving vata mind, but grounds me in facts, not the fake news my mind tends to concoct with the kind of detail and plausibility that only a writer can.

Nostalgia in autumn is about as natural as autumn in New York. For some reason, everyone—whether you’re from here or not—seems to hold an image of this city that looks like the movie poster for that movie with Richard Gere and Winona Ryder, aptly called Autumn in New York.  Maybe it’s part of the nature of the city. Sure, there are a lot of vatas here (and pittas, which together make for quite an interesting demographic); even the anatomy of the city seems to evoke vata (rigid lines and rigid structures, overly cramped and always rushed). I remember once driving to my apartment with my family, and my sister innocently asked me, “How do you not stop in every one of these stores on your way home every day?” her face awash in overwhelm and yearning. Saturated with distraction, from shiny objects to shiny people, the city is replete with ways to imagine a different you and make her real, to never have to decide or commit to a job or meal or partner, to feed off the sheer momentum of the possibility of change that is on every corner. Some even have that quality take over our bodies, and we start flitting through the tunnels high above and far below ground at speeds no normal person could keep up with (yes, we New Yorkers do all run through the streets like Anne Hathaway in The Devil Wears Prada, usually hunting down manuscripts).

Doesn’t all this make you want to come to New York in the fall? All kidding aside, for all the vata derangement you might encounter in this microcosm, what I try not to lose sight of is the deeper essence of the vata energy that’s so easy to get swept away by. Vata’s main quality is movement, and while the “can’t stop, won’t stop” attitude of the city and its residents can be unhealthy, it is not wrong. Our bodies can’t stop, and won’t stop unless ordered to, because movement is life. In Ayurveda and yoga, that incessant movement is prana, the subtle manifestation of vata that drives our lives from birth to death then back around. When I think about the difference between vata and prana, it’s the latter that I believe I was subversively attracted to that moment on 84th Street the other day. It wasn’t competition or endorphins or even nostalgia; it was the vitality of being a moving body amidst a giant, multitudinous moving body whose existence has, and will continue to, change the world.

As the vata winds pick up this month and we move deeper into the season of nostalgia, it’s easy to get overwhelmed by the shifting energies that are so powerful alone, and even more so together. Moving out of pitta season and into vata season is a little like a thing no one feels nostalgia for in New York—the annual meeting of the United Nations General Assembly. As the diplomats in their black SUVs fill the streets and cars are diverted every which way in gridlock traffic, there’s a confluence of hot, irritated, powerful people—heads of state and New York drivers—that stagnates the complicated circulatory system of the city in a state of fiery constipation. This is what we feel when the intensity of late-stage, aggravated pitta meets volatile vata—e.g., allergies, skin irritations, digestive irregularities, and unpredictable energy and mood. Trapped, hot air. Yay.

Stopping this traffic dilemma cold turkey would be neither a good idea nor possible—remember, we can’t stop, won’t stop in this town. Instead, we do our best to move the dosha-traffic through and out of the body in a slow, rhythmic way until the paths are clear again for nostalgic ambling rather than crossing at your own peril. If we were wise traffic controllers, we’d do this by making more space for the cars and diplomats, and preparing everyone for the changes with repeated reminders and clear signage.

This is the work of prana—steadiness, rhythm, predictability, clarity, power—in the body of the city or in our bodies. Prana never stops moving but is never frenetic or confused. That’s because while it may not stop, it does like to rest. And that, my friends, is where we are landing in this month of pivotal change in the seasons, from the time of outward sun-energy to that of inward dark-energy. From the time of doing to the time of being.

There’s a reason the relaxed state of the nervous system is called “rest and digest.” The two go hand in hand, and both depend on a contained and predictable sense of spaciousness in and around the body that can allow for the free flow of our life force or prana. Prana is nothing but vata by another name—but it’s only prana when it’s balanced and in the right amount. Once it starts moving too fast or without direction or too much, it’s vata.

Prana is the yang force that sustains the relentless, vital movement of our system—heart, breath, mind, city. But there’s no yang without yin, and so keeping that movement steady and functional means it needs a foundation: aka rest. When we rest, we are not stopping the movement of the body or mind (that’s called death, so don’t let anyone fool you into thinking it’s possible with yoga or meditation).  We are steadying the movement inherent to life so we can make the right choices to sustain it. We create the conditions in the body to digest and absorb the food we eat to create ojas, or immunity, another yin factor on which prana can rely on for support.

We can pay special attention to the line between prana and vata now, at the seasonal juncture, and take measures to ensure that our internal movements stay smooth and life-giving even as we enter the season of decay. And while there’s a degree of urgency and flurry in the air to get things done and tidied and organized, we’d best approach those essential tasks with the spirit of rest and ease to avoid the traffic jam scenario that’s all too common in fall.

Rest in the form of savasana is going to be a main feature of my upcoming Rest & Reset, which starts on Thursday, October 6. There’s still time to register (until tonight, 10/3, at midnight!), but even if you don’t participate in this formal program I encourage you to take time to prioritize rest this month in whatever way you can. One of my restorative yoga teachers, Jillian Pransky, cites in her teachings all the time Dr. Herbert Benson’s description of relaxation as “remembered wellness.” When we rest, our bodies and minds coalesce around their natural, sattvic state of perpetual, life-giving motion that is both ours individually and part of the larger organism of which we are just a single cell—our city, our country, our planet, our universe. Nothing—not the fall, not death, not even UN traffic—can stop us from inhabiting that state. Through practice, we can begin to remember our inherent belonging, and eventually no longer feel the need to be nostalgic for it. Because it is here, now; in YOU and in ME; and maintaining our perpetual motion through rest is important, and what is changing the world.