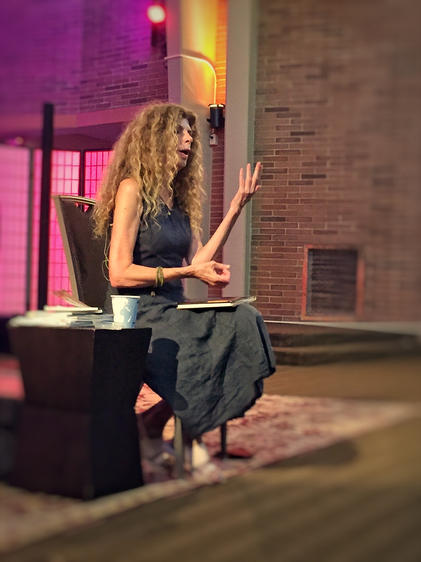 I recently had the honor of hearing acclaimed poet Marie Howe give a reading and Q&A in the context of the theme of “narrative medicine.” Howe is the author of several books of poetry, but she’s best known perhaps for her second collection, What The Living Do, a joyful elegy for her younger brother, John, who died of AIDS at 28 years old. Howe’s work pulses with the stuff of life, and of death—whole bodies made broken by disease and heartbreak and just plain old life, from start to finish. Take for instance this line in a poem called “My Mother’s Body”: “Her young astonished body pushed me down that long corridor, / and my body hurt her, I know that—24 years old.” To imagine one’s own birth with such incredible viscerality and compassion requires a deep connection to what it means to feel, and to feel the particular, awesome pain of womanhood.

For many people, poetry is a foreign and unapproachable thing. If you received an education like me, poetry was the groan-worthy part of high school English class that required lugging around the anthology textbook you otherwise never used for a couple of weeks while you did the “poetry” unit of the year. And even if you were an English major in college, as I was, poetry was forced down your throat in large, unsavory doses of texts that are hard to comprehend and sometimes even require their own “readers” to make sense of (The Canterbury Tales and The Faerie Queene come to mind as examples of such torture, no offense to those pre-1800 literary scholars out there). With language seeming sometimes quite far removed from our own times, even the poems that contained the most universal messages of love and truth-telling, of the epic journeys of being lost and found, can be reduced to mere exercises in close reading devoid of context. I distinctly remember one of my college break-out sections reviewing one section of “The Wasteland” for an entire hour, putting together the allusions and formal divergences with painstaking care that took away from the remarkable achievement, and potential enjoyment, of the poem as a complete work. Nonetheless, I eventually found my poets and my niche: those who played with complex ideas and sensory experiences, E. E. Cummings and Wallace Stevens and Seamus Heaney, and I steeped myself in the wondrous worlds they painted on the page.

Having been a little lax on my poetry intake of late, Marie’s talk was truly the cold drink of water I needed after traversing a parched desert of unsatisfying reads over the past several weeks. My thirst for words has been extreme, and yet nothing, contemporary or classic, has quite quenched it. Until Marie reminded me of what poetry can do in its precision and, in the best poems, laser-focus on what she aptly called its “thinginess.” The details and objects that a scene comprises in a poem and onto which we can ascribe meaning and feeling. In Stevens’s words, “Let be be finale of seem”—let the things themselves end the approximation that certain kinds of language, even poems, tend to adopt to imply deep thinking.

Leaving Marie’s event I was even thirstier for “thingy” poems to remind me of the inspiration one can find in the most quotidien aspects of our lives: a way to read closely what makes the present, the every day, what we should dwell in most acutely and contentedly. Emily Dickinson, whom Marie lauded as one of the greatest poets because of her solitude and dismissal of being attached to things, delivered tremendously not only in her prolific body of poems anthologized and studied by legions, but in the distinctly tactile “poems” she scrawled on scraps of paper and envelopes. Two recent collections, Envelope Poems and The Gorgeous Nothings, reproduce in full facsimiles of those scrap. These truly gorgeous publications illustrate how, in content and form, reading a poem and treating it for its objectivity is without a doubt the way to approach this ancient artform. For what’s more beautiful than coming upon a seemingly harmless piece of paper, something one would toss out as vessel for something more important (i.e. a letter inside), that’s actually the thing of value? The body–the skin and bones and organs and blood of language–as the means by which we can be in the world, and not just seem. 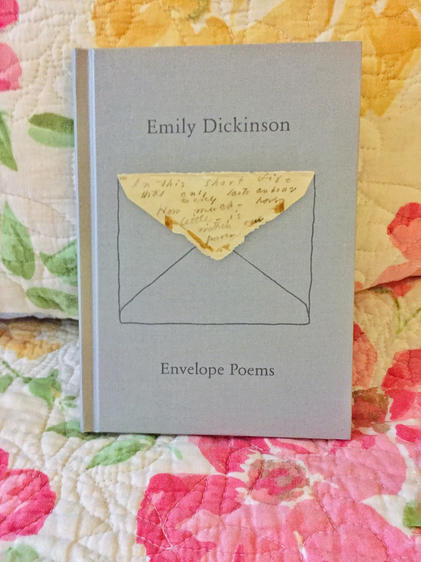 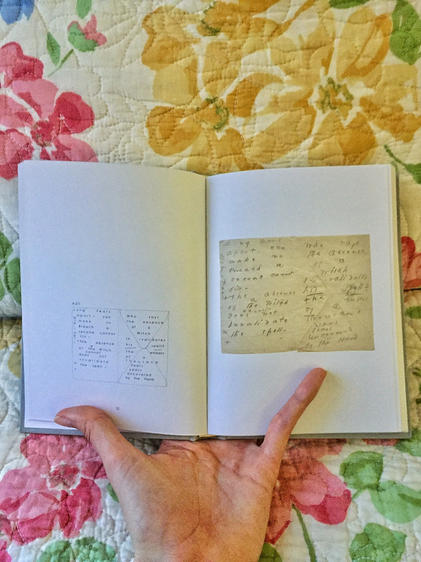 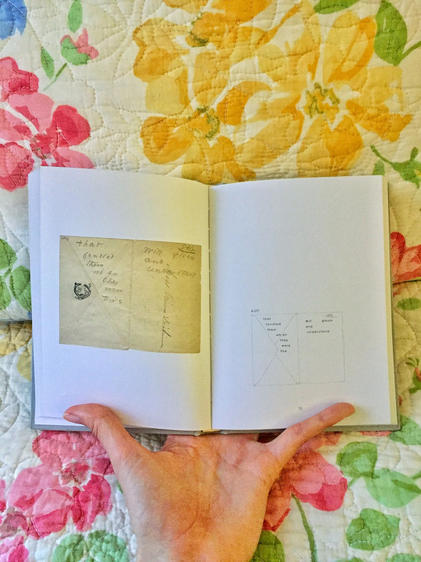 On one envelope, Dickinson writes, “The embers / of a / Thousand / Years / years / Uncovered / by the Hand / That / fondled / them / when / they / were / fire // Will gleam (stir) / and / understand” Just as the recipient of this note fondled the envelope itself with her hands, so does a hand fondle the more abstract notion of time: “the embers of a thousand years.” Not only that, those years are being fondled as “fire”—eliciting a painful, transformative sensation one has an automatic reaction to in the body itself. Approach fire, and you will draw your hand back instantly in self-protection. Not with Emily, though: that capital-h Hand comes to “understand” what time means through the act of touch, through a thing that is part of us and which we use to move and do everything in our lives.

An even earthier poet, the late Seamus Heaney, makes the connection between hands and poetic awakening even more explicitly throughout his oeuvre, and particularly in the poem “Digging.” It’s here where he digs through “the squelch and slap / Of soggy peat, the curt cuts of an edge / Through living roots awaken in my head” of his family’s history. How does he do it? With the blade of the pen in his hand: “Between my finger and my thumb / The squat pen rests. / I’ll dig with it.”

In reframing poetry in this light—as of the world rather than about the world–one need not feel the pressure of having a deeply analytical mind or PhD. Poetry is what we make of our experience with our own hands. Go ahead, reach out and find yourself a poem to fondle.