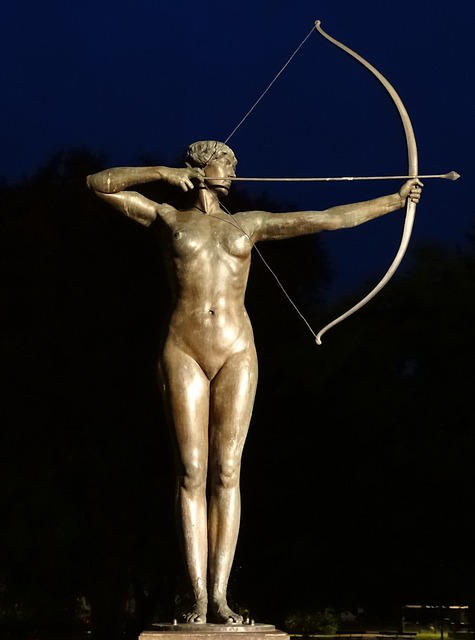 There is a series of poses in yoga not taught frequently in their philosophical order. Warrior 1, 2, and 3 manifest themselves in different parts of a sequence for good reason: they require warming up different parts of the body as one transitions from a more open position of the hips, in the sideways-facing Warrior 2, to a more closed/parallel one with 1, and then combining hips and balance and strength in 3. When you put them in numerical order, though, you can visualize an ancient warrior stringing her bow, aiming for her target, and letting her arrow fly. It’s a beautiful, poetic dance that, like many things in Westernized yoga, it left out as teachers try their darndest to meet expectations of immediate enlightenment and a firm yoga-butt. In 90 minutes or less.

My personal favorite of all the Warriors, though, isn’t part of that aim-and-shoot process. It’s what happens after you get to your goal—you feel the burn in your thighs and core and abs and butt and have really earned your Savasana. It’s Humble Warrior, Baddha Virabhadrasana, which is a lot like Warrior 1 except you interlace your hands behind you, and bow over your front thigh with your arms extended over your head. It’s just as challenging physically to hold this hybrid standing/balance/forward-folding pose as any of the other Warriors—perhaps even more so. And if we stay with our metaphoric interpretation, it’s equally important: the warrior’s gesture of gratitude for her success (or lack thereof) that separates herself from the action she’s just accomplished (or hasn’t). It’s not about hitting your target, this pose says, but whether you do or you don’t is especially not about you. This is the practice of non-attachment, or Aparigraha.

I thought about Humble Warrior a lot this week in various contexts. I’m taking on many new opportunities personally and professionally that, in some weird karmic twist, all seem to be working out just like I planned (or, rather, prayed) they would, after months of internal debate, depression, and drama, drama, drama. This hitting of my target feels like a huge win, but was it really me that made it happen? I keep asking myself. Towing the line between self-deprecation (as women, especially perfectionist-Pisces women like me) and humility is tricky; my current happiness is the result of hard work and ambition, but also because people in my life pushed me toward and away from what I ultimately knew was a more authentic, truer form of success…for me. Certain friends and acquaintances and even family members are still a little confused when I describe my situation, which risks planting a seed of doubt about my intentions. To keep on my path, though, and maintain the integrity of my Warrior 3-like target, requires moments of pause and reflection. Will and ego weren’t the only factors at play here, if they were invited to the game at all. Reminding myself of that, and realizing that I’m ultimately working toward a state where my efforts and passions have a bigger outward effect than myself, is key.

Compounding this realization was a study in contrasts: meeting a group of people whose success was their raison d’etre, even in the ostensible context of giving back to a good cause. The intentions of the latter are very real, and the fact that these individuals choose to spend their time and material wealth to help people less fortunate is admirable. I wish I could do and give as much as they do. But by the same token, their life-asana sequence was more like Warrior 3 to Handstand, a display of dexterity and strength of the next degree and bona fide “party-trick pose.” From Handstand they turned over into Urdhva Dhanurasana (Upward-Facing Bow), pushed up to stand, then walked out of the room to grab a smoothie at Juice Press down the block. There was no time for Humble Warrior, or even Savasana. They hit their targets one after another, upping the ante each time.

This situation made me feel not only out of my element class-wise, but also value-wise. I don’t need an Olympic-worthy finish to know the worth of my asana practice, just as I don’t need to shout from the rooftops that I’ve taken (somewhat) control of my life, “beat the system,” or otherwise slander the people who have all made me who I am now for better or worse. I love the system and everyone in it. It’s just not right for me, now.

Humility in our society is not often taught as a valid posture. Its cousin, humble bragging, isn’t taught explicitly either, except by more potent examples: I only got a 98 on that calc test, I remember classmates of mine saying, so much for the curve. I just happened to find myself in [insert name of amazingly photogenic place here] this weekend, let me show you how great it is through this reel of #nofilter photos on Instagram. Both our human nature to compete and social media’s pervasiveness are taking us farther and farther away from why we do anything, including yoga asana. Is it to show off to our friends, and ourselves, what we can do, then push to do more until we collapse? Or is it what happens inside, when we bow down to the process that got us there? When we relinquish ownership of the target and realize that, like all things, it is as impermanent as the arc the arrow traced through the sky, ultimately to fall back to the earth.

Are you scared? I unconsciously punched out a text message back to my mom. What would I be scared of? She’d just asked me to stop by a police station around the corner of my office to pick up a car accident report for a recent […] 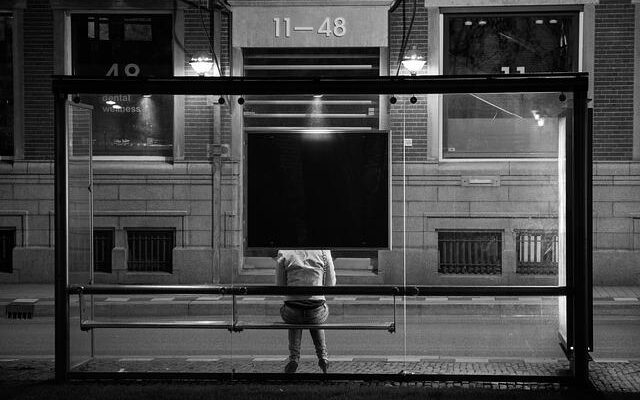 There’s nothing wholly certain about living in New York City except for this: You will learn the intricate choreography of the MTA. Trying to dance your way through the city to a different beat will inevitably leave you plastered on the floor like a sad competitor on […]