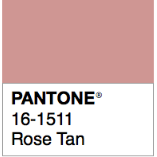 My parents, bless their hearts, put a lot of responsibility on me as a child. When I was just three years old, I was expecting a younger sister and thus needed a room of my own, the decoration of which they gave me complete control over. I like to think of myself as an old soul, but no three-year-old should reasonably be allowed to be given this kind of power trip. Naturally, I chose a shade of bubblegum pink that my parents blindly accepted as The Color I Wanted for My Room—a fact they considered to be etched in stone. They created a pink oasis for me: not only the walls were pink, but also the plush wall-to-wall carpet, the blinds, and the Laura Ashley rose-patterned bedding that adorned my white-washed sleigh bed. I must have loved it, but it’s hard to say: that’s because that pink stuck around until I was a teenager, about to leave for college, and after having endured years of my plastering the walls with torn-out posters of boy bands, 70 percent out of pure adoration of them (JT’s curly crop was just *dreamy* to my 12-year-old self), and 30 percent out of an intense desire to cover up that color as much as I could. Even now, coming on ten years after I stopped living in that room permanently, the carpet is still pink, faded near the widows but still a perfectly pink where the furniture rests, unmoved but regularly dusted by my mother.

Clearly I didn’t have enough foresight (or maybe that’s exactly what I had…?) to understand that this color I’d gravitated toward as a mere child would be the it color of the century: Millennial Pink. I still don’t think I qualify as a “millennial” per se, at least not in mentality or life-expectations, and yet the color in many ways has defined me in a significant way. If I look on my Colorscope, I find that my birthday aligns with the Pantone swatch Rose Tan: a color that I gravitate toward especially in clothing, and much to my fashionista sister’s dismay given my pale complexion. As I’ve come into my skin, metaphorically, as a woman with my own sense of style, I’ve embraced my affinity for pink  with the accessories and makeup I buy: I love a good red lipstick, but somehow the more neutral shades of pale pink and rosy nudes make me feel more like me. (I’ve tried, and failed, to replicate a nude lip countless times, and yet my lips just have too much pigment to make it work.) My new shoe-crush is a pair of Dr. Scholl’s non-sneakers, which I could have bought in grey but deemed it destiny when a pair in blush manifested magically in my size at DSW the next rack over. At my cousin’s wedding, I dressed up a flapper-style lace dress with a Free People kimono in, you guessed it, pink: suggestive of skin but still covered-up enough that I wasn’t completely frost-bitten in the April chill. When I went to visit my friend at the ultra-exclusive women’s co-working space in New York, The Wing, I immediately reasoned the membership fees worth it just to be able to work in such an awesomely pink space. 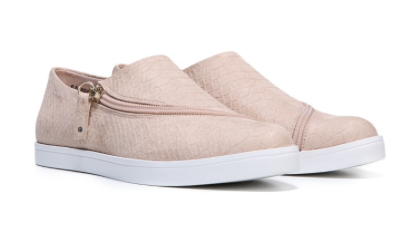 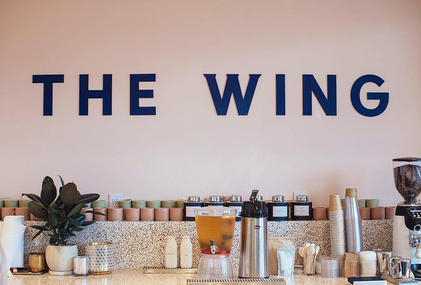 When I see the proliferation of Millennial Pink in everything from beauty to fashion to home acccessories, I’m torn. On the one hand, I feel a great sense of inclusivity, a reclamation of the color that once softened and “feminized” women in a negative way into a symbol of demure power, even neutrality in the face of opposition. We don’t need to be screaming in reds and neons and jewel tones to assert ourselves. On the other hand, I feel slightly miffed. The Marketing Department of the world decided to steal my color and make it the color of the generation I actively try not to associate with. As Veronique Hyland put it in her original New York Magazine piece last summer, “Do I like this because I like this or because I’m buying back my own re-packaged childhood in the form of blush-toned lip gloss and stickers? Because the Pantone industrial complex is direct-marketing to my generation?” My childhood was definitely not pre-packaged in blush, but chosen. (unless you want to get into the subliminal messaging of girlhood; Chimamanda Ngozi Adichie has some words on that, too.) It was a color I bathed myself in, then consciously rejected, then reclaimed as part of my personal style. “They” don’t get to say it’s cool, or not.

Does this mean I will boycott the Millennial Pink fare of our current retail world? Not necessarily, because rejecting what I like, genuinely, is about as foolish as buying these things without liking the color at all. I can’t say I saw the appeal of the Korean watermelon overnight face mask that sold out in record time at Sephora mostly because its main ingredient was on fleek. However, when I was visiting the quaint village of Cold Spring in Hudson, New York, the local Apothecary’s line of Rose Mallow Renew skin care practically leapt off its minimalist display into my hands. I bought up the starter set including of all the products—cleansing water, toner, serum, and mask—and delight in shaking them up in the morning to reveal the rosy hue that settles every night. The primary ingredients, pink hibiscus and rose geranium, just happen to be suited to my skin’s needs for anti-aging protection, brightening, and elasticity-boosting hydration. 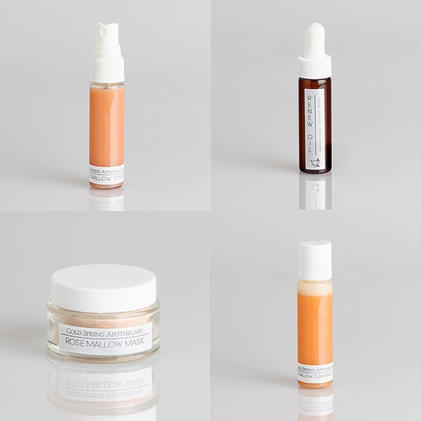 That these ingredients also happen to be pink is perhaps coincidence—perhaps not. If the romantic, star-gazing Pisces side of me has anything to say about it, I think that pink is somehow etched into my DNA, regardless of the millennium and its marketing. It’s the color that makes me me, and if that’s all the reason I need to wear my pink with pride.