A Call to Compassion 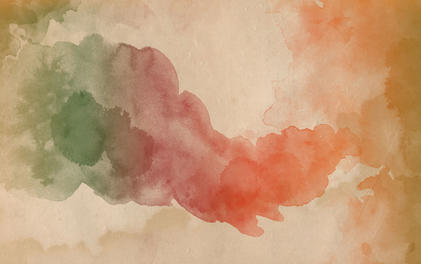 Normally I’m not a frequent visitor of Twitter, but I happened to be on the morning of October 24 when the following popped up in my newsfeed:

Compassion brings inner peace and whatever else is going on, that peace of mind allows us to see the whole picture more clearly.

Part of why I avoid Twitter these days is because I’ve found, like many, that those precious 140 characters we’re allotted are more often used for anger and shaming than they are for sharing and meaningful conversation. So naturally this message stood out to me as a great anomaly. It was posted by none other than the Dalai Lama, so the tone shouldn’t have been as surprising as it was. And yet, I couldn’t help think to myself: how can even someone like His Holiness maintain his spiritual stamina in times like these? A few days later, my skepticism was corroborated by a colleague who confessed to feeling that statements like this, as well intentioned as they were, sounded rather naive for our times. What does “seeing clearly” do for those who are dying from hunger, thirst, and disease, for those who are being stripped of their rights by governments and extremists, for those who live in fear every day for their lives? Even Jesus Christ had his occasional outburst upon seeing the greed and misguidedness of those around him (disciples included): those he was meant to save through sacrificing his own life. I could imagine his response if he were to walk down Canal Street in Manhattan, for instance, a quintessential encapsulation of how in our current world, the sins against our father’s house—including the very Earth itself, our collective home—carry implications beyond those of merchants selling goods in a temple, implications that will affect not just the souls of humanity but the existence of every species on the planet.

This tweet, however, kept cycling through my head like the lyrics to the latest Taylor Swift song. I found myself increasingly bothered not only by my colleague’s reaction but my momentary agreement with him. As a yogi and yoga teacher, my job is to help students cultivate both inner peace and compassion on the mat and (hopefully) off. The yoga teachings affirm the Dalai Lama’s statement through the very definition of yoga as “the stilling of the fluctuations of the mind stuff . . . such that the Seer abides in his True Nature.” When the mind is clear, as achieved through practicing asana and meditation, then the “whole picture” of Reality manifests itself before our inner eye. We think, act, and dwell in our most noble and divinely-inspired forms. One has to believe that said form is inherently good, as is purported by the Shambhala School of Meditation and others, including the Christian faith, where all can be saved by good works and the forgiveness of a benevolent God.

I’ve ascribed to these beliefs my whole life; they’re layered into the fabric of my being like the sheaths of fascia and tissues covering my anatomical heart. I want to believe them, and I’ve experienced first hand how simple acknowledgments of that innate goodness—a smile at the grouchy Post Office worker, taking the ten-gazillionth passport photo of her life; genuinely returning a cashier’s rote question of “How are you?” with eye contact—causes a reaction. A clearing of space for connection. I’d been thinking about how to frame this post for a few days before sitting down to write it, on a night when the city where I live has endured yet another act of cowardly terrorism. Reading about the loss of life at the hands of one misguided person as updates popped up on my phone this afternoon, and then later seeing the sidewalks of lower Manhattan cordoned off by barricades and gun-toting police officers, my entire argument felt not only radically undermined but just plain wrong. What if there are people who are innately not good, as so much evidence seems to suggest? What kind of world do we live in where a normally festive, faux-scary holiday is turned into a true nightmare? Compassion it is hard to channel right now, even after stepping off my yoga mat and doing my very best to calm the rising panic in my chest with the healing prana I knew lies within me. 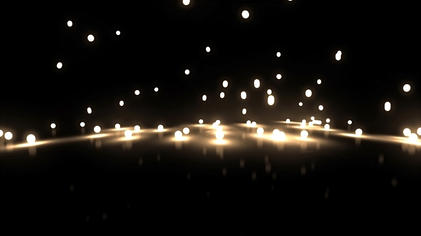 And yet, seeing the world through compassionate eyes is one of the few things we can actually do to make a difference in our worldviews, big and small. Science has proven that a positive mindset is all we need for success; likewise, patients who believe that a given drug will cause certain effects often experience those effects physiologically, whether the drug actually caused them or not (placebo/nocebo effect). Our minds are powerful things that can be shaped, in the extremes, to make us see everything around us as either an ally or an enemy. In the latter case, the body (and mind) is biologically in fight-or-flight mode, constantly, and in the right environment that threatened mentality can rapidly sow seeds of hatred and violence. Whether plagued by beliefs that an unanswered email will cause the world to collapse, or that an entire group of people will cause the world to collapse and therefore should be eliminated, the power of the mental vision vis-a-vis the nervous system is frighteningly similar.

Now, it may seem that the inverse is also true—too much trust, and you’re a sitting duck, primed for betrayal and deceit by your fellow untrustworthy humans. But is that really true? Can you have too much kindness in your heart or clarity in your sight? I don’t believe that the Dalai Lama is proposing an attitude of naivety and passivity in his call to compassion. No one ever saved the world by sitting in a cave on a meditation cushion. But rather, in channeling our own goodness to see the goodness in others, we’re compelled to stand up and protect all that is still good and true. It’s when we cultivate a kind of vision that goes beyond ourselves, beyond our neighborhoods and countries and ethnic groupings, that the totality of that goodness strikes us with renewed power. Like seeing the Earth from space, seeing the whole picture of our true nature is an awesome thing. And what better view can we ask for?

Ayurveda, Writing
How to Be Enlightened: The Nonduality of Catholicism and Yoga
Overview and Antarctica: Cultivating a Global Vision