Clean as You Go 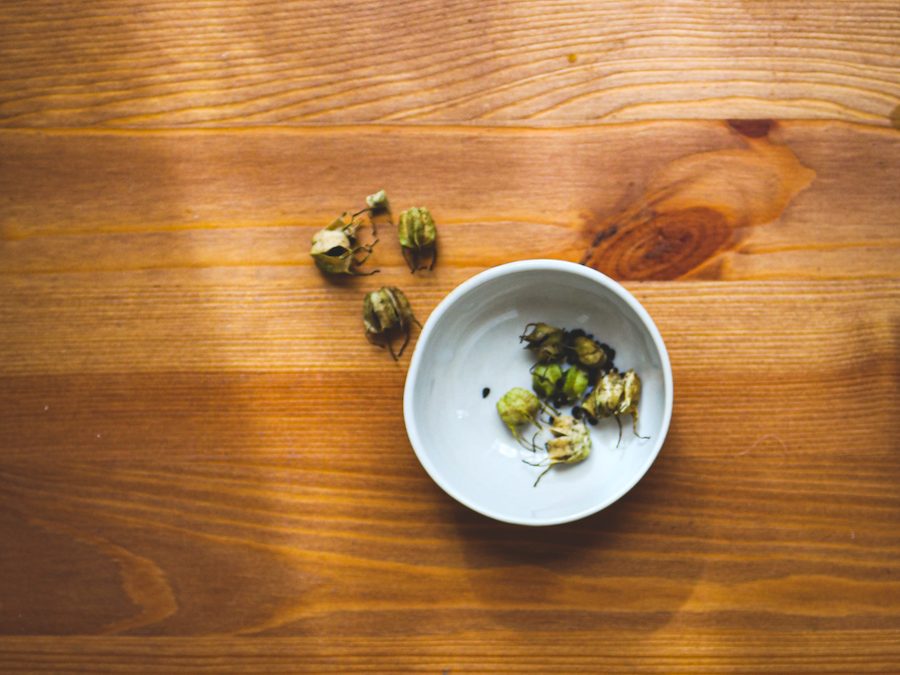 For reasons I won’t get into here, I’ve recently had to adjust my routines around dish washing. To give you some context as to why this is worthy of a newsletter, I spent many years on a schedule where I’d come home after 9 pm, dump the empty containers of my day’s meals in the sink, collapse into bed, and tackle it all in the morning. Washing the dishes in the morning while the water for my tea boiled and I swished oil in my mouth was calming and centering, but also a kind of laziness I covered up with these idealistic notions. Even when I stopped being out all day two years ago, I maintained the argument that waiting until the end of the day and doing all the dishes at once was more “efficient”—which usually meant my dish drying area would be overflowing with bowls at night’s end, if I mustered the energy to tackle them right after dinner instead of putting it off until morning . . . again.

So, when it was recommended to me to totally reverse my schedule—to wash all the dishes after each meal, so that they’re all clean, dry, and put away when I go to bed—I felt an immediate twinge of discomfort. Washing dishes anytime, even in my “clear” morning state, is perhaps my least favorite chore. The image that exemplifies this best, and which I’ll never live down in my own head, is the day I had to suddenly leave my apartment early in the pandemic, and the biggest obstacle was the sink full of dishes that I’d let accumulate over the previous night plus a morning of recipe development. My best friend who had come over to help me patiently waded through the mess, while my own troubled heart floated on the bubbles of guilt and embarrassment on top of the grief of the day.

“Clean as you go” is a fairly well known piece of advice, especially among culinary professionals. In the past, when I heard this I pushed back, stubbornly defending my “end of day” efficiency model—and hiding behind the fact that I’d never been to culinary school and so the rules need not apply to me. Of course, I’m dead wrong about the optimal method of cleaning, which has revealed itself to me in other contexts than dirty dishes. Autumn leaves are not easier to rake all at once, nor is snow that’s actively falling easier to shovel once it’s piled ribcage-high. The pile of worn clothes not ready to launder is not easier to put away on Saturday morning than at the end of each day. Trying to forgive a person for a lifetime of miscommunications is not easier when it’s your last chance to do so—or when you’ve missed your chance.

I’ve been doing surprisingly well with the new dish routine, which has also given me space to reflect on why I resist steady tidying in some areas of my life but not others. Because as much as I didn’t want to change that habit, I do practice cleanliness—or śauca in Sanskrit—regularly in my personal care, movement practices, and certain relationships. In fact, right around that same time I felt an overwhelming urge to clean my apartment and get rid of a bunch of stuff—prune the plants, reorganize my herbs, and get ready for my upcoming coursework.

Naturally, śauca arose as a focal theme for this month, conveniently because most of us already associate September with new beginnings and fresh starts. As I reconcile my own inconsistencies with this niyama—a guideline for behavior per the eight-limbed path described in the Yoga Sutras—I’m leaning on the ways nature offers this teaching as part of its seasonal changes. Fall is not only back to school, but also the commencement of vata season per Ayurveda, and the season of the metal element in TCM. Although not identical, these two elemental models of reality share the idea that this season ushers in an energy of change, clarity—and disintegration. Now, before you bristle at the last property, let’s go back to the dishes. Cleaning them is a chore, it’s hard, it’s something I’d rather not face head on, just the way many of us would rather not face endings of any kind. It’s the mess left over after the dinner party; the pile of wrapping paper after Christmas morning gift exchanges. And yet, when we decide to impose order on that mess, the direction all energy heads toward per Newton, things are inevitably easier. I thought my mornings were clear when I spent them washing dishes, and now that I don’t have to do that I am experiencing a whole new level of calm and spaciousness for those morning reflections I didn’t know was possible.

Whether it’s a corner of your house that needs cleaning or a corner of your mind, I invite you to join me this month in taking on that task, not only with a sense of obligation but with a sense of agency. Vata may be known as the most disorganized dosha, but giving those winds of change some guardrails is just what it needs to turn its chaos into creativity.

Ayurveda, Writing
That Is The Question
Fall 2022 Rest & Reset