"I pledge my life and honor…": How It Feels to Find Your Tribe 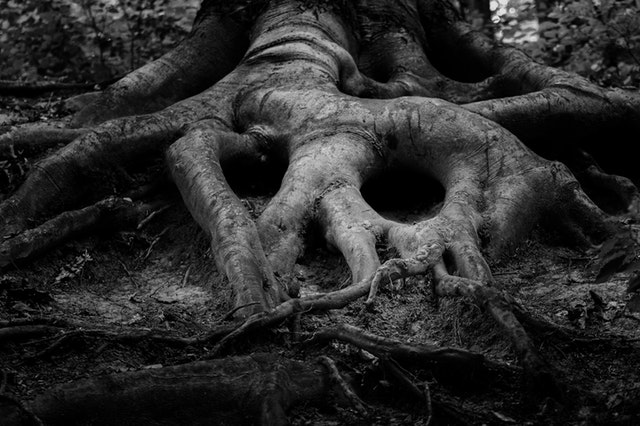 Leggings, kombucha, Game of Thrones: Just a few cultural touchstones that I’ve been ridiculously late to pick up on. The latter has recently consumed me, and for the past several weeks I’ve treated catching up to this generation-defining book-to-screen mega hit like an assignment. (As soon as I’m done writing this, I’ll be cueing up HBO Go to finish out Season 5.) What’s captivating me most as I indulge in two or three episodes a night isn’t the creator’s remarkable imagination or the intricate plotting, or the too-relevant gender dynamics, or even the otherworldly sets, although all those things would and have warranted blog posts all their own. What I love seeing unfold are the many layers of loyalty and tribalism among relatives, kingdoms, and creatures of every make, real or fantastical. The variously funding families and brotherhoods (and sisterhoods) demonstrate a kind of fealty to land and home that’s woefully absent today. It seems almost more fictional that someone would take an oath like that of the Night’s Watch than those awesome dragons are. We’re all so focused on Number One, hiding behind our screens and curating the super individual we aspire to be rather than being that person with other persons IRL.

Today was the first day of my 300-hour yoga teacher training, a journey I’m embarking upon after what feels like a lifetime of change and personal growth that just took place over a period of about seven months. I never imagined that I would be immersing myself in the spiritual excavation that is living and sharing yoga to the degree that I am. But when I realized that the people I spent the first 200 hours of my training with, along with the teachers for whose classes I rearranged my daily schedule, were so important to me, in addition to the asanas that made me feel good in my skin, and the philosophy that reassured me that I was okay as a flawed, suffering human, I knew that I had to act on the calling to be with these yogis in a more committed way. Being with them made me feel like my true self; I’ll even dare to go so far as to say that I approached the state of Purusha in those circles. I’d found my tribe, and loyalty to it, myself included, came easily and readily.

“Tribe” itself is one of those buzzy new terms that’s inevitably lost a lot of meaning through its dissemination. Sebastian Junger‘s best-selling book of that name lays the historical groundwork for the evolutionary impulse we all have to form groups of like-minded individuals, making the argument that society just functions better when we stand united rather than divided (c.f., most successful war efforts, like the American Revolution). Examples of such living go back way farther in history, of course, and pointedly so in Eastern cultures where groups of “enlightened” people, or people seeking enlightenment, came together to pray and study and practice yoga while the rest of the world carried on with their shenanigans. Living in secluded, often celibate colonies isn’t really a sustainable choice for the human race at large, and as the story goes the father of the Yoga Sutras Patanjali put his ideas to proverbial paper such that real people could live in a yogic way while still contributing to society, having families, participating in commerce, etc.

This doesn’t mean that yoga is the only context in which one can find a tribe; far from it. What I’m experiencing now can translate to a variety of social and professional settings, and it doesn’t require much to figure out when the tribe is found: it’s just a feeling, as is the case for most meaningful relationships, that’s different for every person and usually can’t be predicted or forecasted. My yoga tribe, though, I believe is particularly special in that our biggest point of commonality isn’t just a personal philosophy. Or rather, it’s that our shared personal philosophy is inherently un-personal: it’s about giving, about knowing yourself deeper so as to help others realize their deepness, so as to help us all honor and respect our collective deepness. The tribe’s mentality is of an ur-tribe, one where a network of inner roots connects and communicates to provide a foundation for outward, skyward growth. .

When I walked into the studio today, ready with my fresh new notebook and snacks to fuel the day of learning, the following mantra was written for all of us to see. It’s the mantra shared between student and teacher, the first and most intimate yoga tribe there is.  Om Saha Navavatu

In a one-on-one setting, working together in peace is essential for any progress to be made. But it’s also an invocation for that ur-tribe to manifest itself through the wider teaching of yoga itself. I’m grateful to have by my side a tribe of people similarly committed to wellbeing and peace. I hope I’m able to honor my pledge to this work with the integrity and focus my students, and I, deserve.

Ayurveda, Writing
I Don’t Care (About Some Things) Anymore
The Surprising Thing I Learned from Switching to Natural Deodorant (& No, It Wasn’t How to Sweat Less)