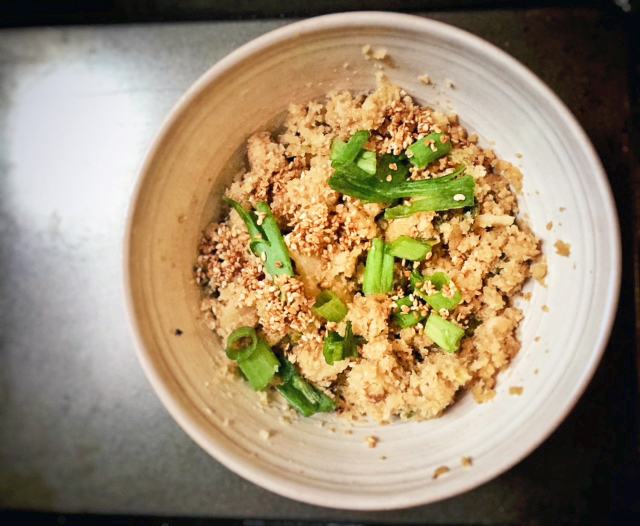 Rice has a bad rap here in the West, one that I participated in until I visited my friend in Cambridge one summer. Her roommate had a daily rice ritual passed down from his family: he has his own mini rice cooker, and every day he’d eat a bowl of plain white rice as part of his dinner, sometimes with a dash of soy sauce. He was the most genial, peaceful guy (not to mention in great shape–so much for carb-gut) I’d ever met. And the rice was the best rice I’d ever had.

Knowing that I would never be able to cook rice like him and that my figure wouldn’t be able to withstand such a high-carb diet, I’ve tried to find ways to channel that Peaceful Rice energy in my cooking. Cauliflower rice (cauli rice) is a home run for anyone with the same concerns. It looks just like rice, but you can eat tons more and still only consume a fraction of the calories that the volume  of white rice would be. “Frying” it takes away some of the healthfulness, but by using coconut oil, you at least add good fats rather than the kind they use at most Americanized Asian restaurants in the US. Along with the scallions, ginger, toasted sesame seeds, and soy dressing incorporated here, this is nothing like the bland, mushy, steamed veggie you may be used to. It tastes like the definition of umami–or maybe, it’s “peace.” 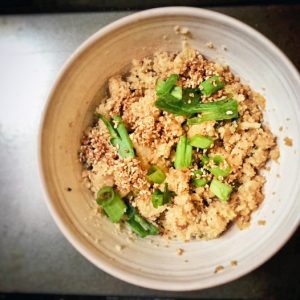