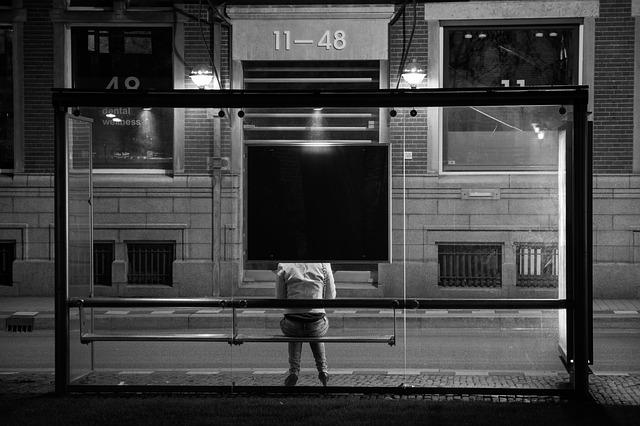 There’s nothing wholly certain about living in New York City except for this: You will learn the intricate choreography of the MTA. Trying to dance your way through the city to a different beat will inevitably leave you plastered on the floor like a sad competitor on a reality show. Having the subway break your step is one thing if you’re late to brunch (level 1 offense), or a yoga class (level 2, what with the 10-minute late policy and the high cost of drop-in classes), but it’s something else if you’re standing on the platform curious what the DELAY time counter means on your way to or from work. That’s more like a level 10 offense, and until you haven’t shamefully walked into the office at 9:20 when you left at 7 you haven’t really made it work in the concrete jungle.

For a few years I’ve been teaching a Sunday afternoon yoga class that, on a good day, is a twenty-five-minute train ride from my apartment, including the walk from my door to the station. I’ve tested the train’s rhythms enough times to know my upper limit for leaving before I miss the uptown train and suddenly the two extra minutes I thought I could steal for a snack or sip of water turns into a twelve-minute wait. On a weekday, taking such a risk might not be such a problem because trains run more regularly. On weekends, though, the dizzying combinations of closures and reroutings can sometimes make figuring out a way to or from your normal spots feel like a scene from A Beautiful Mind.

Despite this tried-and-true knowledge, I found myself in a rage a few weeks ago when I got to the subway after class. Although it was only 5:20, and it was the Lord’s day of rest, I was tired. I’d been out since 8:00 AM, and the temperature had risen to about 90 degrees in the shade and 1,000% humidity. I was ready to go home and collapse in front of my fan, so naturally, upon descending into the bowels of hell that the platforms turn into in August, the train was not stopping at that station for weekend repairs. The heat must have melted the portion of my temporal lobe responsible for remembering that change in the choreography.

So assaulted by both internal and external heat I could barely climb up the steps to street level, I began cursing myself for all the reasons I was working at all that day. It is Sunday. I should be in some swank air-conditioned restaurant allowing brunch to merge into dinner, chatting with friends about our favorite organic body oils and adaptogenic herbs (a situation I have never been in, but sometimes fantasize about. I dare to dream so big). I should be able to do this because I graduated from an Ivy League university. Why did I trade a work uniform of J. Crew pencil skirts and neat shoulder bags for stretchy pants and Birkenstocks? Why is the work I thought would be easier, happier, still so d*mn hard? Why do I live in this city where everything is so d*mn hard?

In the few seconds that my chitta vrittis paused their rant to contemplate whether to walk eight blocks to the next station or suck it up and pay for a taxi home, I looked upon that corner of 145th Street and thought I was seeing a mirage. The cool, liquid oasis this desert-stranded weekend commuter needed pulled up in the form of the M5 bus. I’d long eschewed the bus system here because of deep-seeded traumas of endless bus rides all through school, but I knew this line even if only by proximity: My parents are regularly deterred in their hunt for parking spaces by its stop literally right in front of my apartment building. Here, in this moment of existential doubt, was a vision of hope. I boarded the bus, and in twenty cool minutes of delicious above-ground travel, I was back at home, unfrazzled and ready to face the few hours of Sunday-night work waiting for me inside.

Becoming a yoga teacher was not an easy choice for me. As my melting-brain thoughts attest to, for a long time I considered it somehow lowly for someone who’d worked as hard as I did in school to rise through the ranks of the intellectual hierarchy. I spent years of my life with some of the leading thinkers and writers of literary scholarship, and later in my first job with the contemporary writers who would one day be studied by the next generation of scholars. This work suited my nature, I thought, because it valued the language of abstraction and between-the-lines analysis my brain intuitively spoke . Plus, it was entirely passion-based; neither academia nor publishing are fields one goes into for the money, and the hours one devotes to reading and writing and rewriting and re-rewriting sometimes the same sentence are laughably undercompensated.

Eventually, though, the veneer of passion covering these efforts fade and exposed its work-like structure. Like anything else, going to the office to read, again, made my brain feel like it did that day at the subway station. The language of the mind was grating on my inner ears, and more so my heart. But thankfully, I was simultaneously deepening my yoga practice. Compared to the AM-radio-like talking of my job, the sounds of yoga was uninterrupted Sirius smooth jazz.  Suddenly, I was attuned to this new dialect of the body; the sensuous, breath-supported language of felt experience was refreshing and exciting and irresistible. Before I knew it I could speak it fluently, not only in the way I lived my practice but also in how I could cue shapes and breath in front of a room of sweaty people with their butts in the air and faces down, all the while sprinkling in some alignment cues, hands-on adjustments, and philosophical pearls without missing a beat. Here was something I could do with my life that wasn’t “work” in the way I’d previously defined my career and sense thereof. Yoga, specifically teaching, was a new kind of work that could be characterized in the way that Krishna tells Arjuna to approach his dharma as a warrior in The Bhagavad Gita: “Perform all work carefully, guided by compassion.”

But if you ask any yoga teacher in New York—or around the world, I’m realizing as I expand my network of fellow teachers—to describe their work, “compassion” might not be the first word they come up with. Like dancers, athletes, and performers in many other art forms, teachers of yoga asana trade in the commerce of our bodies. The more we pose, the more (in theory) we are paid. It can exert a terrible toll, resulting in pain and deep questioning of whether it’s even “worth it” to teach—especially without the benefits of the medical, dental, and retirement sort to fulfill our Western sense of why we work. The compassion with which we enter this work isn’t always given back to us, and we can suffer.

I knew a bit of this going in: Having danced into my twenties, I saw that a career made on my body’s ability to perform would be a short one. I thought that choosing the path of mind-work would avoid that, but I was wrong. Because on top of the physical strain is the deep personal undertaking that is living yoga. While abiding by the yamas and niyamas—tenets of right behavior like non-violence and non-stealing, contentment and discipline—seems natural, our society lays many obstacles along the yogic path. We are always one Instagram post, green juice, or essential oil pyramid scheme away from going astray and letting our True Natures become pray to the jaws of the Yoga Industrial Complex. I’m ashamed now  of my naïve underestimating of the physical, spiritual, intellectual, and ethical work of teaching—a work that demands wildly more rigor than earning my college degree and slogging through slush in publishing ever did, combined.

We could (and should) talk about how unfairly paid yoga teachers are. That would be a conversation made up of many smart, righteously impassioned voices, and I’d be glad to listen to them and even add my own. But if an alien from Mars dropped in mid-way and missed that that conversation was about “yoga,” it could believe we were talking about any industry. Because the problem isn’t (only) about how to make working as a yoga teacher work by today’s professional standards. The problem is how we value work in our society, period.

The universe does not want us to struggle. Nature makes it pretty easy, in fact, for our basic needs to be met, which frees our highly capable bodies and imaginations to do other things we find fulfilling. This is what makes us human—we can survive, but that’s not enough so we expend energy to be something more. Our lungs know how to breathe so we can run and play and sing. Our hearts know how to beat so we can love. The earth supplies us with a bounty of food in the form of nourishing plants so we can exist in harmony with all living beings. And yet we humans have made everything so d*mn hard by placing a price tag on what we’re called to do. Run faster (with this pair of $200 sneakers); love sexier (with this outfit and dating app profile); eat more and “better” (with this packaged, processed fast- or superfood). Then, go to work so you can keep doing everything better. Many of us are compelled to take on paying work as a means to get these things we already have access to without much effort at all, which prevents us from enjoying these givens and putting our efforts toward things that are inherently, rather than externally or commercially, rewarding.

Krishna tells Arjuna in the final chapter of the Gita, “Your own karma, born of your own nature, will drive you to do even that which you do not wish to do, because of your delusion.” I’m lucky that my chosen work sharpens my own tools of mindfulness and insight, through which I can better see when capitalist heat delusions threaten to question the meaning of my work. Changing the system is not something I can do alone, but I can choose how and when to participate in it, or give it more ammo by making things harder for myself instead of embracing ease when it appears.

I could stand on the sweltering subway platform, eyes glued to my phone with my brow furrowed. Or I could walk into the light of a glorious Sunday afternoon, look up, and see that bus pulling up like my own personal dharma chariot. I could turn my work into my life, do more, and get less of what I need, or turn my life into my work, do less, and get more. I could let the compassion bus drive by or get on and let it take me where I need to go. 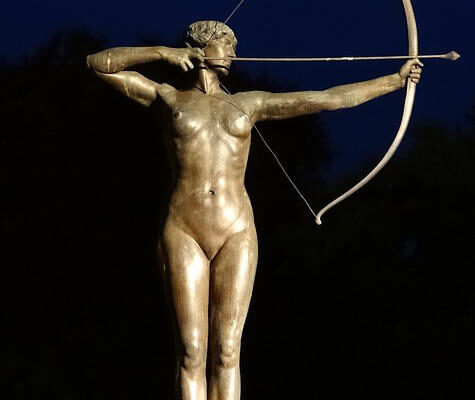 There is a series of poses in yoga not taught frequently in their philosophical order. Warrior 1, 2, and 3 manifest themselves in different parts of a sequence for good reason: they require warming up different parts of the body as one transitions from a […] 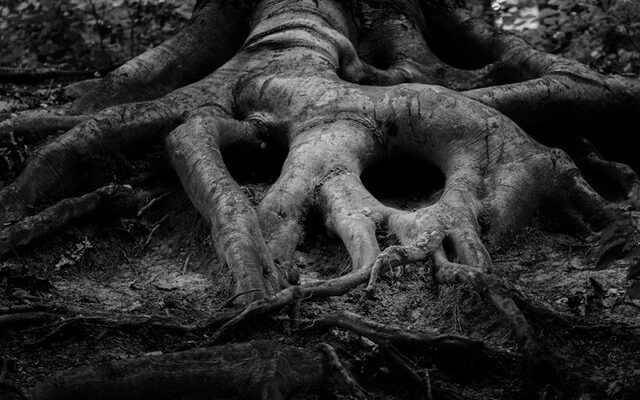 "I pledge my life and honor…": How It Feels to Find Your Tribe

Leggings, kombucha, Game of Thrones: Just a few cultural touchstones that I’ve been ridiculously late to pick up on. The latter has recently consumed me, and for the past several weeks I’ve treated catching up to this generation-defining book-to-screen mega hit like an assignment. (As soon […]

Writing
Unknowing Fear
The Art of the Regift: How to Do Christmas With Nothing New