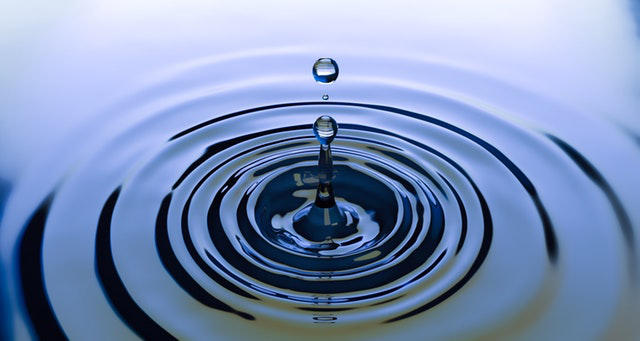 About a year and a half ago I started a formal meditation practice. Much like my resistance to starting the practice of yoga—I wasn’t convinced that I “needed” to get more connected with my body, slow down, and relax—I cycled through all the cliche reasons one doesn’t meditate. Not having the time was number one, until I’d become so apathetic to the things I normally loved doing that I figured why not add one more thing that probably won’t make a difference.

Surprise surprise, I was wrong (again). During those first few months, five minutes of stillness brought me to a headspace akin to Krapp’s Last Tape—nothing like the calm, soothing, velvety voices of the teachers I streamed from my Insight Timer app—but I grew fascinated by the dichotomy of my whirring brain and steady body. In time this grew into a perfectly apt object of meditation itself, which then sabotaged itself because my mind stopped whirring bit by bit as five minutes became fourteen, the length of my current daily practice. I started looking forward to this moment when I could pause even before I began and acknowledge the fact of my existence. As a third-party observer I could be fascinated with myself, even when there is nothing particularly exciting going on in there. The excitement lies in never knowing what I’ll find today.

Some days, though, the manner in which I wake up tells all about what kind of sitting I’ll have that day. The not-knowing mind knows too much, and it was on one of those days when assuming my seat flipped a huge switch to ON in my anxiety and self-blame cortex (that’s right next to the “I’m fat” and “When will I get married” cortexes). I’d been struggling with an alarmingly unexpected bout of tummy trouble, so upon waking up I immediately did a body scan to see how I was feeling today at point zero. Better than yesterday, yes, but not a great baseline in and of itself. Why didn’t sleeping help, what should I do today differently, should I do anything differently…the questions started in at rapid fire. And as talking to oneself implies, there was no one there to answer me, so the uncertainty drilled deeper and deeper until it reached the real core, gripping my gut and damming up my breath at the sternum.

Despite this very unmeditative state I had assumed, I wasn’t particularly judgey about it—sometimes the mind needs to run free like a dog who’s been in the house all day. Eventually it tires out, so I was minding my time waiting while that happened. I’d experienced this enough that I had come to expect little upon landing: Usually no pot-of-gold insight or divine calling sat there at the bottom of the clear pool of my mind, visible only once the waves stopped crashing. So when my mind took a turn that seemed almost eerily on-point, I was confused. Is this what happens when you get good at meditating?

During those initial minutes of sitting I’d already reached a state of complete self-blame. I’d concluded that the illogic of my symptoms meant not only was my body broken, but my brain was also broken too for its continual falling back into that state. I’m letting myself stay this way, refusing to feel well—what kind of crazy person are you, Jennifer? That’s when it hit me: It was all my brain’s fault. And if I was telling myself of story of not feeling well, I could just as well rewrite a new plot for myself. The power my mind had over how I felt flipped from being a source of victimization to a source of liberation.

But it didn’t stop there. I still had a good five minutes on the timer, and the excitement of my thoughts was starting to make it tick by faster. I still had to get to the bottom of why that story was written in the first place. In the deepest of ironies so far, this scenario of what sounds like grade-F meditating—an uber-judgmental monkey mind not stopping to take a breath—was what got me to the bottom of the pool faster than I was ready for. I raced through the different contexts in which I resisted feeling comfortable, resisted letting go of the control I had on myself. I had an instinct to resist the passive—including in language, where I’d been indoctrinated with a fear of writing in the passive voice by teachers. Just thinking of something being done to me, rather than my doing the doing, was a break in all sorts of rules, unless you looked outside of the English language.

And there it was, at the bottom of the pool, the answer to why my stomach was hurting: soigné, or “taken care of” in French. It’s often used in a medical context, but also socially as in someone looks “taken care of” in a sharp and curated outfit. There’s nothing I want more than to be French (or more like the French—a collection of striped clothing and red lipstick is my evidence), and yet I refused to embody this quintessentially French concept.

In the elegance of that word is all that I aspire to be but, as I had with the payoff of yoga and meditation both, had conceded to being too unrealistic to attempt pursuing. To be taken care of means that it’s not all on me, that in softening into another I not only relieve myself of some of the energy of existing but transfer that energy into the someone doing the caring. It requires knowing that it’s okay to let go, because I am more than enough already. Neither of these conditions felt true to me, and my mind’s eye cast its gaze over the sea of support into whom I could surrender if I only changed my grammatical tense. For some reason the word was not allowed in my vocabulary; I was above needing “to be cared for” as a concept, according to the story of my life, but trying to speak without it was getting just so gosh-darn hard. Which would be harder, though, to continue with the status quo, or embrace my inner French girl?

Three chimes of the basu. Having had little rest my eyes sprung open, and I consciously felt my breath pooled deep down in my belly, anchoring the rest of me into stillness. The satisfying fullness of that inhalation felt better than any meal I’d eaten lately, and yet suddenly the pokes of cramping I’d been too familiar with had been translated into growls of hunger. My meditation may have been noisy, but that grumbling afterward echoed clear as a bell. Time was up for today’s dose of insight, and I had things to take care of. 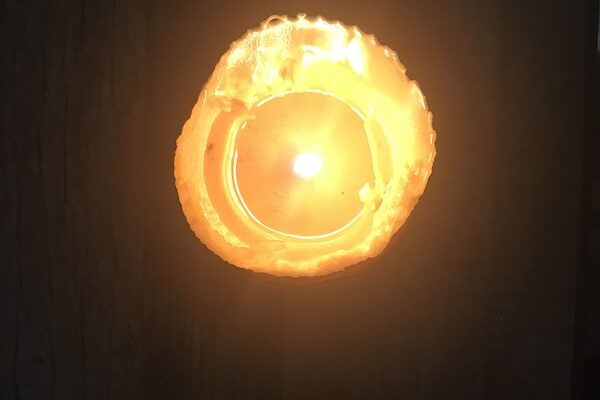 Ayurveda is all about having just enough of what you need, which can make it hard when people want to buy you gifts. There’s nothing wrong with acquiring things that make you happy without a specific purpose, but we can also derive a lot of […]

Ayurveda, Writing, Yoga
A Nourished Mission
Keep Families Together + How to Throw a VBQ