The Anatomy of Spring 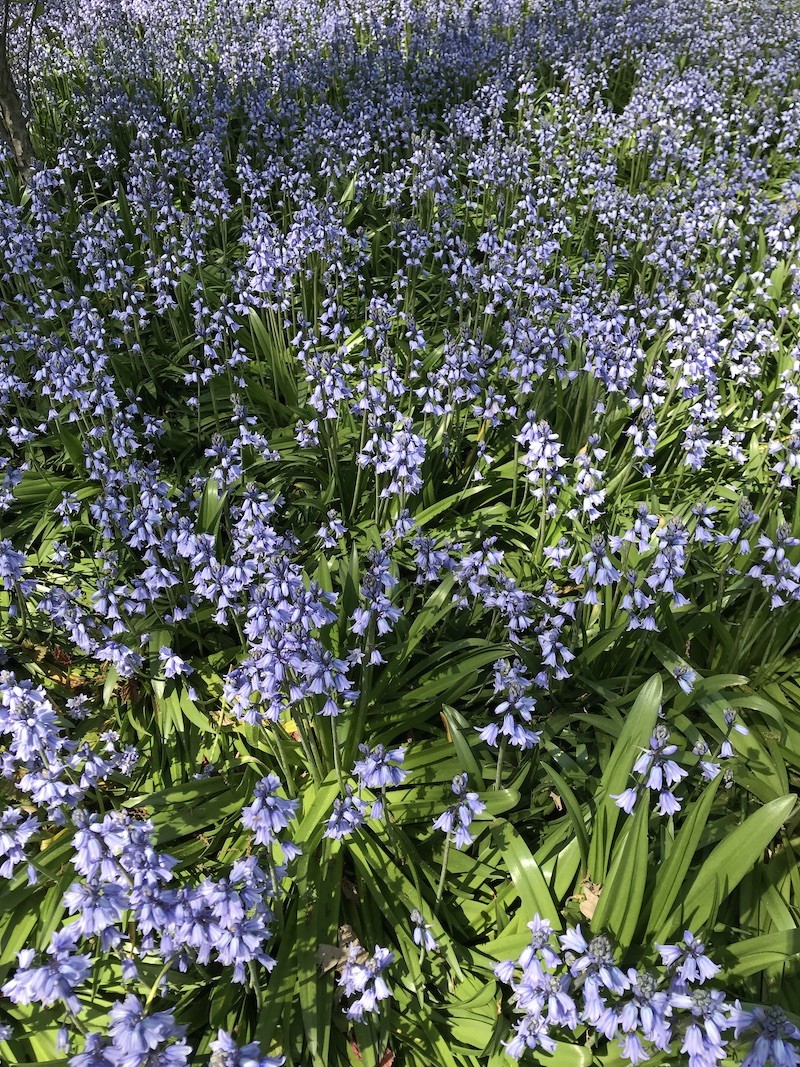 My first introduction to anatomy studies were not overly pleasant. In grade school there was the endless memorization of body parts and their functions; then in high school a traumatizing dissection definitely planted a seed for my future as a vegan. It wasn’t until later on, when I approached anatomy from a more functional standpoint in my first yoga teacher training, that it made any sense for me to have an interest in or knowledge of how bodies were put together. Being an active participant in my movements satisfied my intellectual cravings to understand how stuff works, and knowing those things made it easier to move well and without pain. But more than that, I began to develop a deeper connection to the higher powers that designed our miraculous bodies—which I considered the true heart of my yoga studies.

This gross-subtle approach to anatomy was further emphasized when I began studying Ayurveda. The “A&P” (Anatomy & Physiology) section of our student manual was full of surprises; rather than diagrams of bones and muscles, organs and organelles, we studied energies and humors and systems—doshas, dhatus (tissues), and srotamsi (channels). Some of these are invisible, or as one teacher put it more like “models of reality” than physical structures, but all of them are responsible for the functioning of our bodies, minds, and spirits. Based on the Ayurvedic principle that we are microcosms of the macrocosm, all that stuff inside us is also outside us. In other words, by studying my anatomy, I could perhaps more fully participate in the movements of the universe, and contribute to the health and longevity of Nature.

We can see this at work when we consider the notion that the doshas, or biological humors, that reflect the balance of elements inside us and progress us through life stages also come and go in the cycles of nature. A 24-hour day can be split up into doshas, as can the seasons. Many of us can appreciate the change of seasons by the gross qualities we observe and feel, but what if there was more? What if we could dissect the seasons to understand their anatomy, and therefore the vital forces that animate them with such distinctive personalities?

Spring is to me one of the more disruptive and enigmatic seasons to live through. Growing up I had wicked allergies, and as an early-March baby I always imagined that March equalled spring, so pined for an outdoor birthday party only to be foiled year after year. Long ago a poetry teacher unofficially diagnosed me with reverse-SAD, a mental state that overcomes people with depressive symptoms not during fall or winter, as is “usual,” but when the light gets longer and the birds start chirping; the idea being that nature’s pomp and circumstance is a cruel reminder of our own mortality, that our winter (when we get old and die) doesn’t have rebirth on the other side (a topic I realize is up for debate, which is for another time and place). I also find the shift from winter to spring itself aggressively abrupt, which Ayurvedic anatomy can put into context. Fall and early winter, with their dry, cold, mobile qualities, are considered the vata time of year; spring, known as kapha season, is just the opposite, wet and heavy and stable. Going from one extreme to another makes this transition challenging and messy.

While I can certainly grasp how and why spring deserves its kapha categorization, the experience of spring, especially in the transitional weeks leading up to it, don’t totally fit the profile in my mind or experience of the season. Spring winds can be quite powerful and harsh, more vata in their variability; and the upswell of life we feel inside of us as we start to squirm inside our homes to go outside and play, or watch tender flowers and buds burst forth from the earth, don’t feel heavy or dense. These stirrings—a word associated with the Celtic festival that welcomes spring in February (!), Imbolc—don’t strike me as terribly kaphic. Could the classics be that wrong?

Here’s where Ayurvedic A&P can resolve this line of questioning. (Spoiler: The classics aren’t wrong.) Let’s look at the physical body by way of comparison. Form follows function as a general rule, which can explain why each dosha has a certain seat, or home in our anatomy. Vata dosha, made of ether and air elements and responsible for all the movements and sensory perceptions of our bodies, lives in the pelvis, low abdomen, and legs. These are pretty dense and heavy body parts at first glance, especially the heaviest-of-all girdle of the pelvis and our longest-of-all femur bone. These lower, more grounded parts of the body need those qualities, though, in order to support all of the movements—parts of digestion, elimination, conception, menstruation, locomotion, and creativity in general—that vata takes care of. A bulky structure is the home for our subtlest functions.

Kapha’s home can be broken down in a similar way. Residing in the upper third of the body, from chest to head, kapha’s lubrication allows for all of the movements of the heart, lunges, throat, senses, and mind to work smoothly and without friction. The circulation of all of our liquids also takes place up there, making it a hub of the water and earth elements that kapha comprises. Our skeleton has more space, more joints, more flexibility as seen in the ribcage, spine, neck, and arms—if those bones were as heavy as our legs and hips, we wouldn’t be able to have our lungs move when we breathe, or stand upright. Vata qualities couple again with kapha in a lovely yin-yang proportionality.

(Pitta’s anatomy also makes sense, as one would only expect from our clear-eyed dosha. The fire and water elements combine in our midsection, the part that’s squishy and largely free from boney structures. Pitta needs space in order to do its job of transforming and digesting, and is so direct it doesn’t need much external structure to get the work done—just ask anyone who is predominantly pitta in their constitution about schedules if you need proof.)

Now, let’s take this back to our seasons. Spring is a time literally bursting with life. Vata’s movement of creation is so strong it can break through the frozen ground, crack open hard, protective seeds, and propel animals on wild hunts to recover their winter stores and build nests for new families. Without an equal, if not greater, amount of kapha present during this time to weigh things down, to slow down the process of growth into a steady rhythm, and to bathe those baby plants with tender, soft, malleable qualities, that new life wouldn’t have a chance of surviving. Spring needs to be kapha to sustain all of its unnerving restlessness, and the ferocious enthusiasm and excitement to live that revives us all from the depths of winter. It is the subtlety of spring that makes it so gross. It is the earth and water that prevent us from being blown away on the winds of dynamic renewal.

Having gone through this mental exercise, the reverse-SAD I once felt has taken on a very different flavor. While spring will likely carry with it notes of grief and loss for the rest of my life, I am receiving the early-morning birdsong, clear blue sky, and days where my skin can meet the air as a melody from nature that I was built to withstand these emotional seasons, too. Just as they do in my bones and muscles and organs, vata and kapha, death and birth, lightness and heaviness, go hand in hand. By observing the exuberance of spring in Nature outside, I can remember that the same turn of the season is happening in me, too. In fact, it’s part of my design. 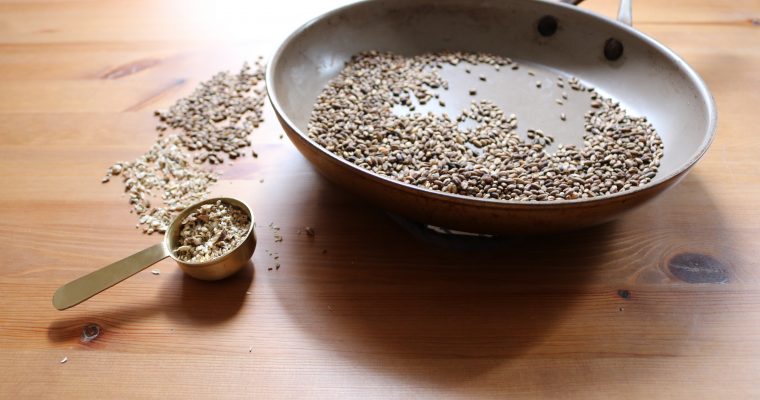 MARCH 31-APRIL 14, 2021 I don’t do cleanses. And yet, my body—the miraculous thing that it is—is always cleansing all on its own, through the natural processes of detoxification and digestion it’s been designed to do to stay alive. In Ayurveda, facilitating the process of […] 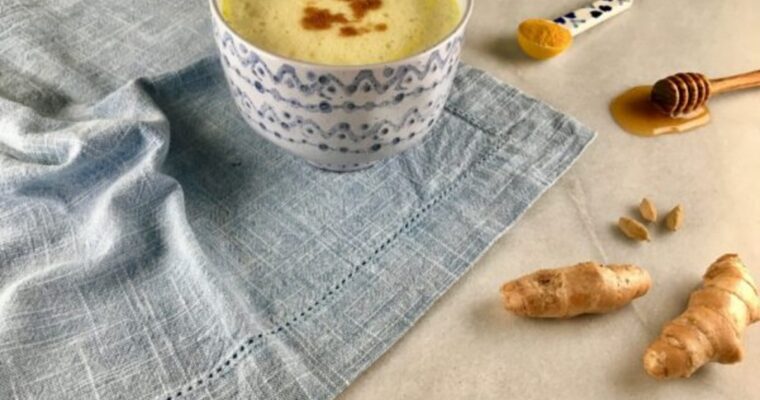 In nature, the five Ayurvedic elements—ether, air, fire, water, and earth—very rarely exist on their own. Instead, what you see are beings and creatures that are combinations of elements, usually all five if they are alive. This is especially true in us humans, for without […]