Oh, Honey: Why I Eat It, and Am Still Vegan 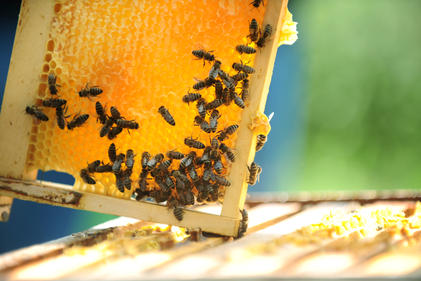 I’m a vegan, and I eat honey. As I type that sentence, part of me cringes in fear at the thought of the Vegan Police descending like storm troopers into my apartment to arrest me for breaking the law. For the most part, such “laws” of veganism are black and white: if it comes from an animal, you don’t eat it. (If your veganism extends into lifestyle, you also don’t wear/use/consume in any way.) Why then, is honey—a product that is made by bees, which are animals—such a contested item in the vegan community? It’s a question I’ve thought of often and recently (including a bout of Catholic guilt regarding a certain Lent abstention butting heads with nasty congestion), and as is true with most things that seem black and white (or black and yellow in this case) not really that simple to answer.

Let’s step back to understand the basics of the argument. Honey is made by bees as a source of food: they fly around to thousands of flowers every day to line their stomachs with nectar. They then have another stomach which digests it, before being taken back to the beehive where the bee colony works collectively to finalize the honey-making transformation. Each honey bee will produce around a 1/12-teaspoon of honey in its entire life. Like other animals, bees are smart (think of their dance moves) and good at surviving, so they will produce more honey in their hives than they need at any given time. When winter arrives and there’s no more flowers to collect from, they’re still able to carry on.

On the No-Honey side of the argument, there are compelling ethical and environmental reasons why vegans (and non-vegans) should eliminate or reduce their honey intake. In interfering with a hive’s honey production, we humans pose a threat to its ability to survive the winter when we harvest honey for our use. It doesn’t take a math wiz to realize that we demand lots of bees’ livelihoods for a single squirt of honey in a cup of tea; now, multiply that by about a zillion, and you get a picture of how many bees have to sacrifice their work for us. This is a form of animal abuse and exploitation, and an example of how the gross disproportion of human need versus natural output can threaten the latter—a rationale that many vegans, including myself, use when explaining why they protest other animal-based food industries (think livestock for meat and dairy, eggs, etc.). Supply can’t possibly meet demand, and the cost of it is the jeopardization of another living creature’s wellbeing. Specifically, the honey industry is not immune to violence toward animals—the deliberate killing of hives and other modes of artificially controlling honey production—on an industrial level.  Things have been notoriously bad for honey bees since 2006, when a phenomenon called Colony Collapse Disorder was discovered: basically, the disappearance of the bees who fly out to fetch nectar, without whom the hive cannot survive. Since late 2016, CCD seemed to be less of an immediate threat to bees’ extinction, but the number of colonies is still alarmingly low due to climate change, pesticides, and other loss of habitat.

It’s pretty hard to argue with these facts, which means that Yes-Honey folks like myself are often in the line of fire during intra-vegan disputes. I don’t claim that honey’s okay because of bees’ inferiority in the animal spectrum, and yet some do. More nuanced of an argument centers around the role that honey plays is overall pollination as well as looking outward—too honey’s alternatives—and doing some cost-benefit analysis.

While it’s true that there are many ways pollination happens (including wind), honey bees are responsible for pollinating 1/6 of the world’s flowering plants and 400 agricultural plants. That’s a lot of produce! So one could say that if a vegan wanted to protest bee products—i.e. honey—then he or she would also need to protest all the fruits and vegetables grown through natural pollination. This includes things like peanuts and almonds, the latter demanding a particularly enormous amount of bee support to the tune of 1.8 million colonies needed to pollinate 1 million acres of almond orchards. Bye-bye nut butters and milks.

For me, though, what has kept me a sparing consumer of honey versus other “natural” sweeteners is the imbalance of their respective pro-con lists. Even with all ways honey meets the criteria for cruelty and inefficiency at the level it’s demanded, one can quite easily and at a comparable price to more commercial brands find local, sustainable honeys that are helpful to bees overall including in reversing the effects of CCD. I buy raw honey in small batches from one or two local farmers whose farms doesn’t operate at the large scale of others; these family-owned enterprises even have lines of NYC-rooftop honey. There’s low emissions involved in transportation, and a local small business gets my revenue versus a conglomorate. 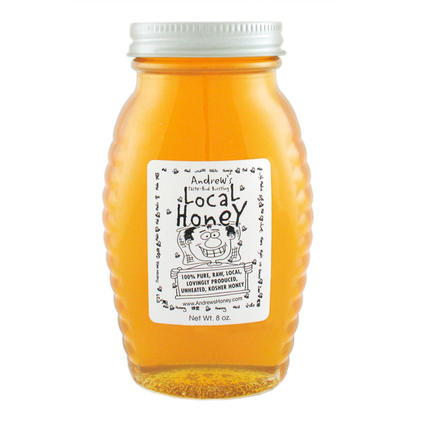 Conversely, the process of making agave—the most similar form of vegan sweetener to honey, a thinner but still somewhat viscous liquid that’s sticky enough for granola and easily dissolves into hot liquids—is highly unnatural. You start with the Agave plant, a native to the southern United States and South America. Historically, Mexicans used the sap from Agave leaves for medicinal and other sweetening purposes. Now, though, that same sap is taken and highly refined such that its good-for-you sugars, fructans, are transformed into fructose with heat and enzymes. This is process is nearly identical to that used to make High Fructose Corn Syrup, both of which result in a “natural” product completely lacking in its original health benefits.

So would I rather consume a humanely-harvested and naturally-occurring product, or one that perpetuates the industrialization of our food, bringing us farther away from the whole foods that are healthiest for us?  As my mom would say, eat the honey; the Bible says so.

“But I would feed you with the finest of the wheat, And with honey from the rock I would satisfy you.” —Psalm 81:16

My favorite ways to use honey:

Smitten Kitchen Carrot and Farro Salad (minus the feta) 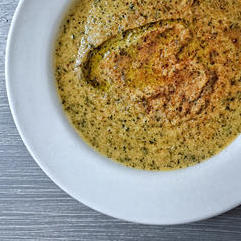 I recently came to the oddly satisfying realization of having reached a new stage of New Yorker-dom when I attempted to wear something red for International Women’s Day last week. Searching through my closet and dresser drawers that morning, I found myself swimming in a sea of […] 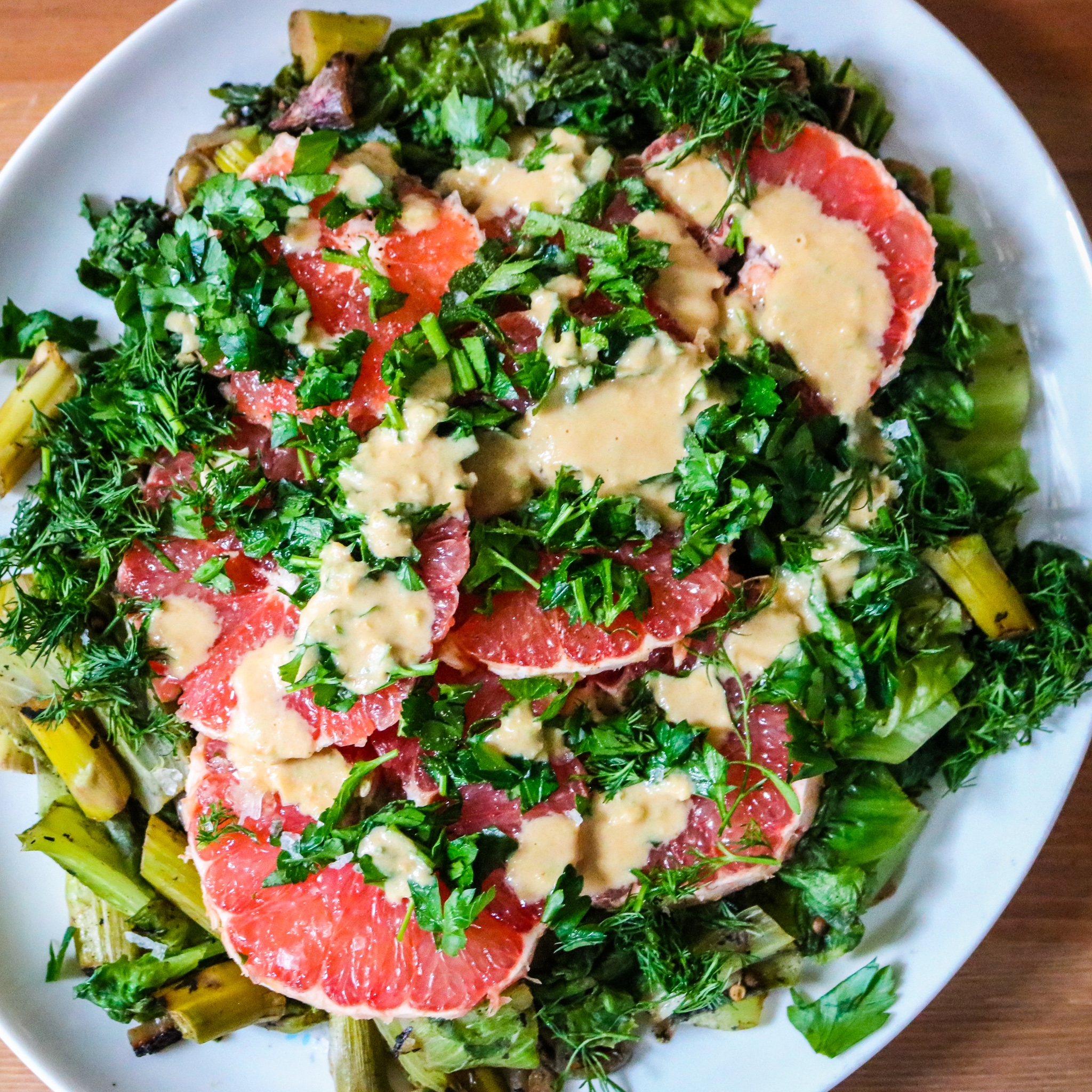 The D-words (diet and detox) aren’t in my vocabulary anymore, but this refreshing Winter Citrus Salad is about as close to those eating goals as I got in January. What makes it less harsh—and tastier—is gently cooking the vegetables (the preferred way of eating most […]